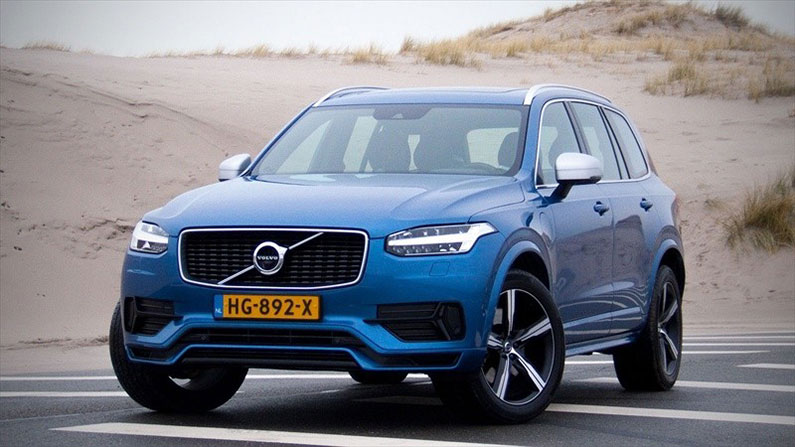 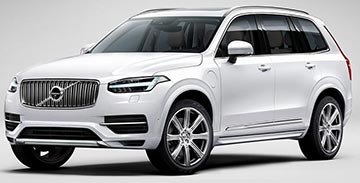 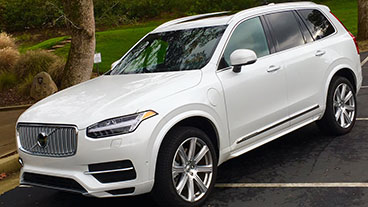 There are plenty of reasons to be enamored with the 2018 Volvo XC90, a sophisticated luxury crossover sport utility vehicle.

First off, it’s a very attractive vehicle with a bold, yet classy look that would make any owner proud to have the XC90 parked in the driveway for the neighbors to admire.

For technological geeks, there’s lots to love. And it starts with merely turning on and off the engine, which is initiated from a knob near the center console. The large center console in the elegantly-stylish cabin features a touch screen that uses infrared technology that reportedly improves response time.

For folks who love utilizing an electric motor, that’s an option as well in the XC90 T8, a plug-in hybrid electric-motor/gas engine. Note that there are some major limitations with this model. It only goes 19 miles in EV mode, up 5 miles from the 2017 version. The T8 has a mileage rating of 54 mpg – a somewhat underwhelming figure.

The XC90 has three rows and seats seven people pretty comfortably. Like all Volvos, this one has an exorbitant amount of safety features that add considerable value and peace of mind. Among the features are frontal collision detection with automatic braking (the brakes are applied if the driver attempts to turn in front of an oncoming car). There are also energy-absorbing seat cushions and self-tightening seat belts if the SUV suddenly careens off the road.

An impressive blend of textures – wood, metal, leather, carbon-fiber accents – gives the XC90 interior a cutting-edge look. Both front seat and second row occupants receive a healthy dose of room and comfort. And even the third row won’t feel too cramped for most adults. Cargo space is 15.8 cubic feet behind the third row. When the two rows are folded, the capacity increases to 85.7 cubic feet.

One thing we weren’t crazy about was some of the interior technology can be difficult to initially master, which we’ve found to be a Volvo trait in previous experiences over the years.

The battery has 10.4 kilowatt-hours (increased from 9.2 kWh last year), while the hearty engine is a 2.0-liter supercharged/turbocharged hybrid that generates 400 horsepower and 472 pound-feet of torque. The T8 reportedly goes 0-60 mph in a speedy 5.5 seconds, the quickest of the three XC90 engines.

By itself, the electric motor adds 87 horsepower and 177 pound-feet of torque. Recharging requires 2½ to six hours, depending on the voltage. A Level 2 plug will have the XC90 recharged in 2½ hours.

The engines are also a bit novel. The XC90 features an innovative supercharged/turbocharged engine – there are no V6 or V8 options. Take your pick, all three Volvo engines are performance laden and get sufficient gas mileage for an SUV.

A knock against the XC90 is the overall acceleration is less than some of its leading rivals like the Acura MDX, BMW X5 and Mercedes-Benz GLS-Class. Another criticism is the Volvo SUV performs well on smooth surfaces, yet doesn’t provide as smooth a ride on bumpy roads.

There are plenty of reasons to like the 2018 Volvo XC90, starting with its attractive exterior and the option of owning a large people mover with EV capability. The XC90 is an SUV with lots of sophistication, the tremendous Volvo safety considerations, and an abundance of modern technology.