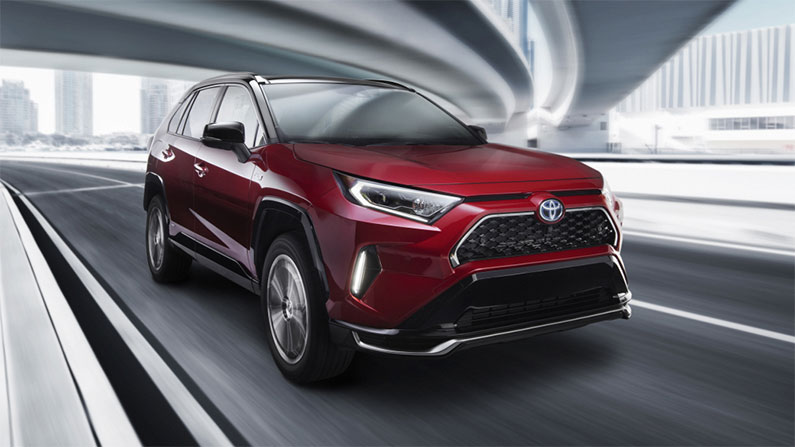 Take Charge of Your Future Path 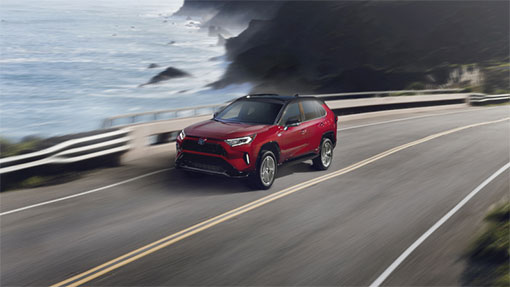 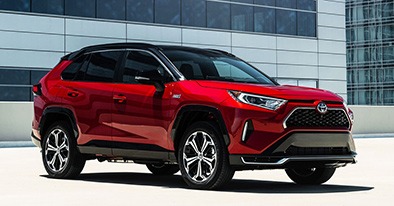 Toyota can seemingly do no wrong when it comes to its coveted RAV4. The compact crossover sport utility vehicle was an instant hit when introduced more than 25 years ago. Fast forward and the original RAV4 is in its fifth generation and has two offshoots – the highly successful RAV4 hybrid (not a plug-in) and the all-new 2021 Toyota RAV4 Prime, a plug-in hybrid (PHEV).

In 2019, the RAV4 hybrid pushed aside the perennial leading Toyota Prius as the top-selling hybrid, registering sales of 92,525. It was quite the year for the RAV4, which had total sales of 448,068 in the U.S. With excitement already building for the RAV4 Prime, another hike in total sales would not be unthinkable.

There are very few competitors of the latest RAV4. There are only two PHEV compact crossovers currently on the market, the Mitsubishi Outlander and the Ford Escape; neither of which has the overall appeal of the RAV4 Prime. The Toyota RAV4 Prime benefits from the smart redesign in 2019 that has helped keep the RAV4 where it has always been – near or at the top of the extremely competitive compact crossover SUV class.

Another huge plus for the Prime is performance. It’s the quickest of the three RAV4 options, going 0-60 mph in 5.8 seconds. OK, so it’s also the most expensive. The Prime starts at roughly $39,300 (destination charge included), and it also qualifies for the $7,500 federal tax credit. Additionally, buyers can benefit from another $1,000 off if the vehicle is purchased in California.

There’s plenty of reasons to be enamored with the Prime interior; it’s both comfortable and spacious. We applaud the interior set up that’s fairly easy to master. Control knob placements make sense and there are no cheap, hard plastic materials to detract from the overall appeal. Apple CarPlay and Android Auto are standard and so is the 8.0-inch infotainment touchscreen.

Head and leg room are ample for all five passengers. Because the battery is located under the floor, the Prime cargo area is not as spacious as the standard RAV4. Yet it still offers 33.4 cubic feet and expands to nearly twice that size (63.1 cubes) with the rear seats folded down.

The RAV4 Prime has an 18.1 kWh lithium-ion battery pack and a peppy engine that combines with three electric motors to produce terrific acceleration. The engine is a 2.5-liter, four-cylinder that has a combined 302 horsepower, giving the RAV4 Prime the ability to tow up to 2,500 pounds. The RAV4 Prime hybrid gets 94 MPGe in EV mode and 36-40 MPG overall.

With a 120-volt, Level 1 charging cable, the Prime charges up in approximately 12 hours from home. That time is dramatically reduced with a Level 2 (240-volt) charger that reaches capacity in 4.5 hours. Prime XSE models that come with the premium package have a 6.6-kW charging capability that revitalizes the battery in 2.5 hours with a Level 2 EV charging station.

Like all PHEV vehicles, the Prime delivers a quiet and comfortable ride. It handles well and it comes with an array of safety features, including lane keeping assist, forward collision mitigation with automatic braking, and adaptive cruise control. A knock against the Prime is its longer than average braking distances.

High marks in many areas has always made the RAV4 a notch above much of the small SUV competition. So, what makes the Prime special? It can travel 42 miles on a single charge, the highest range of any plug-in hybrid SUV on the market. And it can go a long way with the aid of a tank of gas, covering approximately 600 miles.

The 2021 Toyota RAV4 Prime gives car shoppers a fantastic option in the plug-in hybrid small SUV category. It offers good electric range, has terrific performance and checks all the boxes in most every judging criteria.

2021 Toyota RAV4 Prime: How its 42-mile range and 38 mpg compare to rivals by Green Car Reports