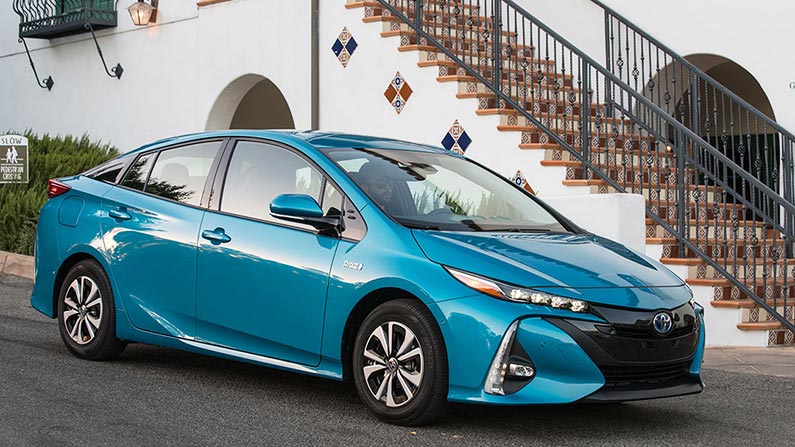 Take Charge of the Day 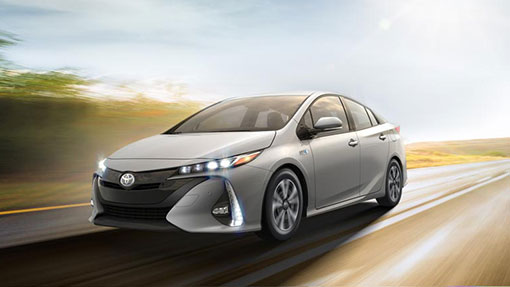 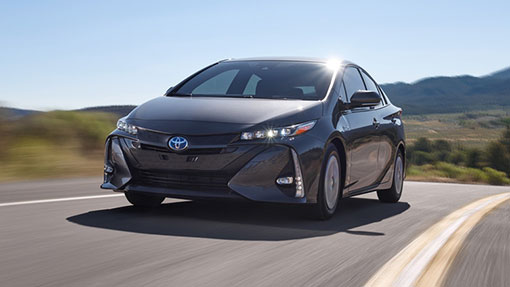 The Prius brand was indeed king of the hill for many years. Prius sales reached a high of 236,655 in 2012 and even though it dipped to 108,661 last year, that figure was still impressive. Introduced in 2017, the Prius Prime took the popular Toyota green machine to another level, gaining considerable acclaim as a plug-in hybrid (PHEV) with sales of 27,595 a year ago.

But the superiority of the Tesla Model 3 has certainly pushed aside all-electric vehicles and PHEVs. Heading into October 2019, the affordable and performance-laden Model 3 had sales of 114,500, while the Prius Prime had 14,630. The Model 3 has gone over the 20,000 mark twice already and its overall sales represented nearly 46 percent of the EVs sold thus far in 2019.

The Prius Prime sets itself apart because it utilizes the same basic mechanical setup as the Prius, but uses a larger battery. In EV mode only, the Prime will go 25 miles before it switches to the gas engine and drives like a typical Prius hybrid. Note that because of the larger battery, the Prime only carries four people, not five like the normal Prius.

Although 25 miles isn’t a sizable distance, it can be ideal for many people’s work commute, making it to work and back home without a charge. Recharging the Prime’s 8.8-kilowatt lithium-ion battery pack takes a little more than two hours from a 240-volt Level 2 AC source. From home on a standard 120-volt wall outlet, the charging time is 5.5 hours, so it can easily be done overnight.

Offered in three trim models (Plus, Premium, Advanced), the Prius Prime is a gas-conscious person’s dream, getting 133 miles per gallon equivalent in electric mode and 53-55 mpg overall. With an 11.4 gas tank, the Prime can go more than 600 miles before needing a stop at the pumps.

The competition in the PHEV category is fierce. The Chevy Volt has a class-leading 53 miles of electric range. The Honda Clarity isn’t far behind, traveling 48 miles as an EV, while the Kia Niro goes 46 and the Hyundai Ioniq 29 miles.

Because the battery resides in the rear, the Prime doesn’t drive as smooth as the normal Prius. The Prime bounces over bumps and at times provide an uneven ride. The steering feels a bit numb when cruising on the highway and doesn’t get any better when rounding corners. On a positive note, in EV mode its super quiet and efficient.

The 2019 Prius Prime utilizes an electric motor and a 1.8-liter, inline four-cylinder to combine for 121 horsepower and 105 pound-feet of torque. If you’re looking for good performance, the Prime will disappoint. It goes 0-60 in approximately 10 seconds, which is pretty darn slow. It labors up steep hills and freeway passing power requires some patience.

While performance and handling aren’t strengths of the Prime, there’s better news regarding the interior. It’s fairly roomy for even taller people and the seating is comfortable. The Prime has a huge 11.6-inch touchscreen that certainly grabs one’s attention. There are complaints that the icons are too large and data is split between the screen and dash.

Another downside to the interior is the cargo area. The open trunk space is 19.8 cubic feet, falling short of the near class-leading 27.4 cubes of the regular Prius. The Prime’s trunk area doesn’t sit flat due to the battery and something as routine as a grocery bag could be too tall to fit under the security cover and will obstruct visibility through the rear window.

The Prius Prime is known for its economical ways, and this plug-in hybrid delivers big time in that department. Despite the presence of the Tesla Model 3, the Prime has a number of admirable qualities and is still worthy of consideration. 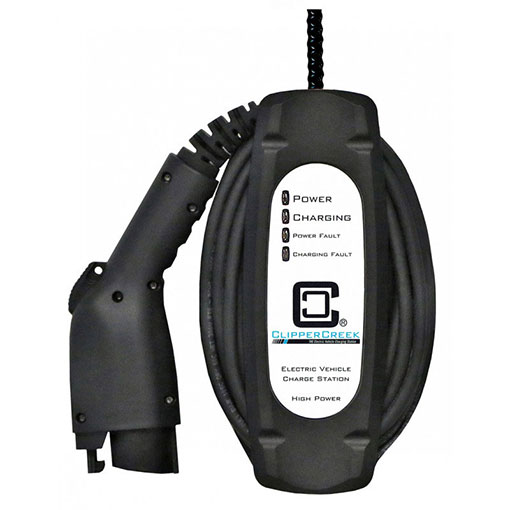 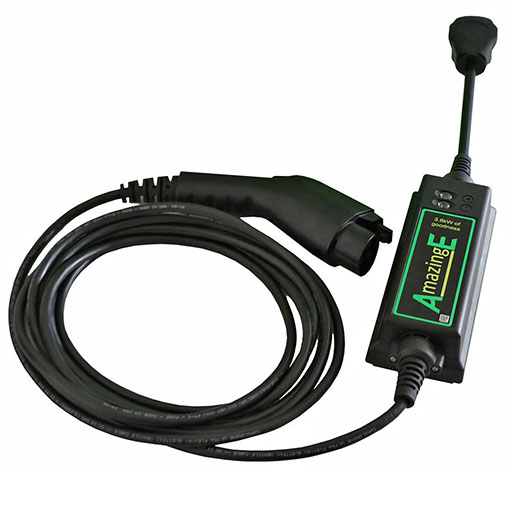 Please feel free to send us photos of your Prius Prime and other EVs charging with ClipperCreek LCS charging stations. We would be more than happy to display them! Photos can be sent to ccmarketing@enphaseenergy.com. 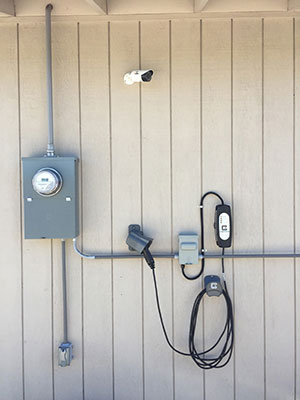 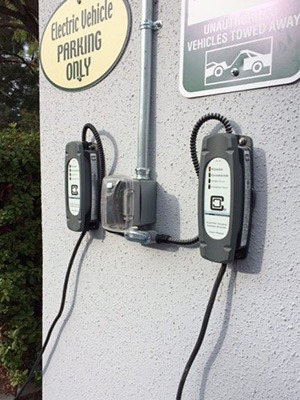 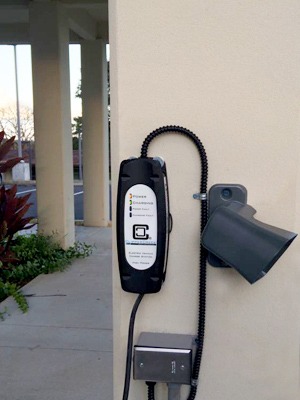 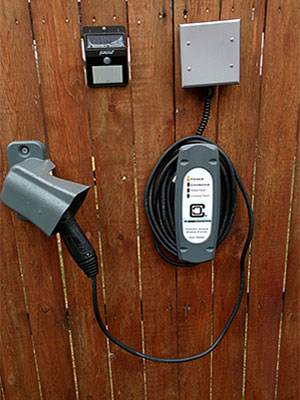 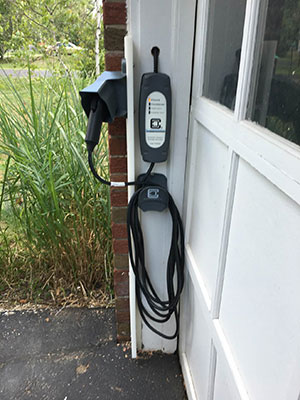 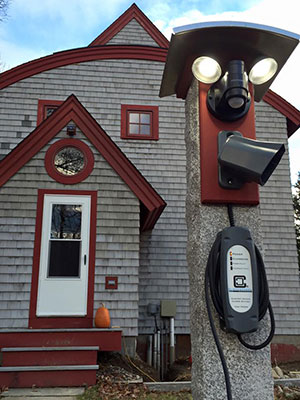 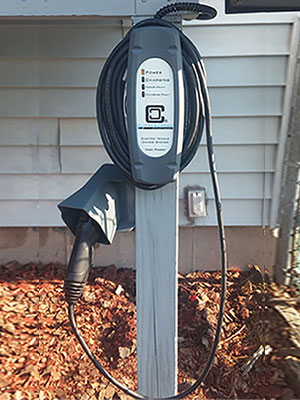 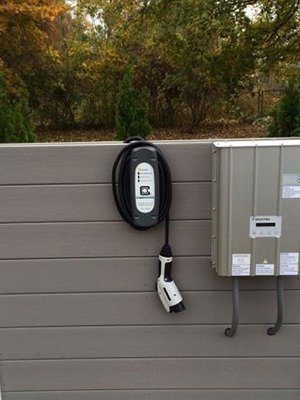 I bought an HCS-40 Share2 about a year ago and I’ve just begun using both at the same time. I’m charging a Prius Prime and a Honda Clarity– Everything works as it should, limiting when it should, etc. Also, thanks for the 25 foot cable. You never know where the plugin on the next electric car will be.

25′ is the perfect length, no matter where the car’s port might be! Thank you for a great, no drama product!

Does the job simply and effectively. I installed this ClipperCreek for my new Prius Prime. It has higher specs than what I need now, but I wanted to future-proof the setup so that the charger and wiring will last a while. The charger is simple and effective. The 25-foot cord is longer than many other brands, which can accommodate various parking arrangements inside my garage. The plug holster is a nice addition which is a handy place to store the plug and can be locked to help prevent unauthorized use. It all arrived packaged very securely.

Great Charger. This charger works great for my 2018 Toyota Prius Prime Advanced. I’ve had no problems at all with it. Sure nice to charge my car in just over 2 hours instead of over 5 hours with the 120-volt charger that comes with the car. No whistles or bells, just plug it in and it charges the car. That’s exactly what I wanted.

Installed 1 year ago, have used it every day, works great!
This was the economical solution to satisfy the needs of my Prius Prime. Installed the outlet and charger in the garage near the power panel. Would recommend to anyone, would buy the same item again.