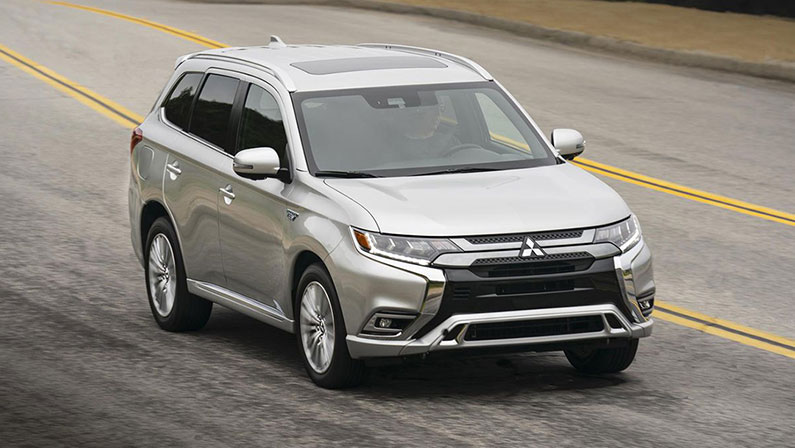 Plug In To Get Out 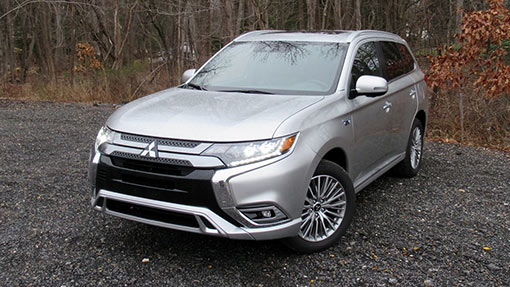 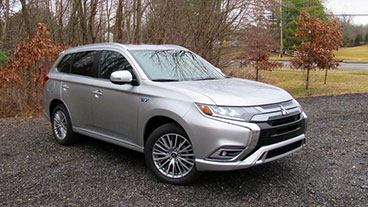 Judging by sales figures, Europeans have a different viewpoint than Americans regarding the Mitsubishi Outlander plug-in hybrid.

The five-passenger compact crossover SUV is quite popular at European markets, where sales hit an all-time high of 47,381 in 2019. Offered for the first time in the U.S. late in 2017, Outlander PHEV sales has been tepid, amounting to a combined 6,976 the past two years.

Complaints in the U.S. range from cheap interior, lackluster performance, and choppy ride. Unfortunately for Outlander, the competition is formidable and includes such PHEV standouts as the Ford Escape, Honda CR-V, Nissan Rogue, and Toyota RAV4.

One major plus for the PHEV is it comes with standard all-wheel drive, a rarity in the class.

Like all manufacturers, Mitsubishi wants to increase sales. That’s been a challenge over the years with the Outlander, an SUV with a suspect reputation. The price point can beat many rivals, but the overall quality doesn’t.

Hoping to increase those numbers, the 2020 Mitsubishi Outlander PHEV comes with some improvements. Although not major ones, the mild refresh includes advanced safety features that are now standard on the base model, a larger infotainment screen, and the GT interior package debuts.

Compared to the gas-powered Outlander, the PHEV loses the third row of seating due to the battery pack location and becomes a five-passenger SUV. The seating is roomy and comfortable for four passengers but is a squeeze with three people in the second row. Cargo area is solid at 30.4 cubic feet behind the second row and increases to 66.6 cubes with the seat down.

Unlike its more notable rivals, the Outlander PHEV cabin needs some improvement. The technology is dated – there’s not even map-based navigation. Yet there are some positives regarding the interior, including standard 8-inch infotainment center, leather upholstery, power-adjustable heated front seats, and Apple CarPlay and Android Auto integration.

Offered in two trim levels (SEL and GT), the Outlander PHEV is powered by a 2.0-liter, four-cylinder engine that features a pair of 60-kilowatt electric motors – one that drives the front wheels and a second one that powers the rear ones. The total system output combines 190 horsepower and 137 pound-feet of torque.

Acceleration is lacking, evidenced by its 0-60 mph in 9.8 seconds. The Outlander switches to hybrid mode when the battery is low or the vehicle is accelerating at higher speeds. In electric mode only, the range is 22 miles. The Outlander has three modes to manage fuel efficiency (eco, battery save, battery charge) and gets 74 MPGe and roughly 25 mpg overall. A small gas tank (11.3 gallons) limits the overall range.

If charging the plug-in hybrid on a regular basis as a commuter vehicle, the Outlander PHEV can be cheap to run. The 12-kWh lithium-ion battery pack can be powered up at home in approximately eight hours with the included Level 1 charger using a 120-volt power outlet. A Level 2 EV charger that uses a 240-volt outlet would charge the Outlander in about 3.5 hours. A DC Fast Charging unit comes standard and can recharge up to 80 percent of the battery in a mere 25 minutes.

In my opinion, there are better PHEV options in the compact SUV class than the Outlander. A major redesign, reportedly in a year or two, could address its deficiencies and make it more competitive in its class. However, if you’re a fan of Mitsubishi and interested in a hybrid plug-in vehicle the Outlander could be for you!