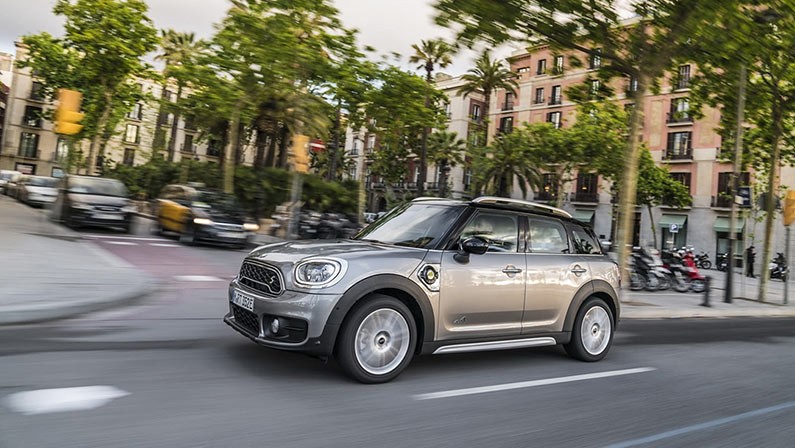 Made for the City 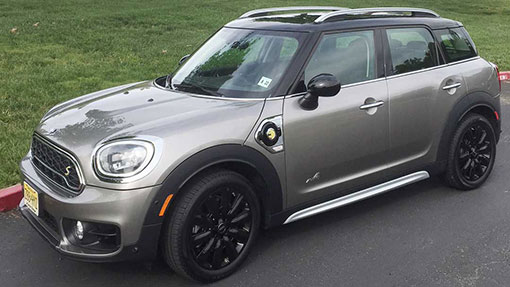 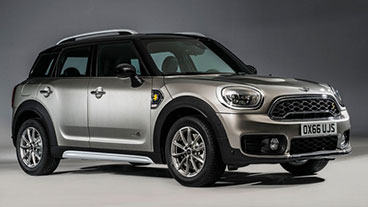 The iconic Mini falls under the BMW flag. So, knowing that the German automaker is firmly embracing electric vehicles, it comes as no surprise that the 2018 Mini Countryman now includes a plug-in hybrid electric vehicle.

BMW is determined not to be left behind when it comes to electric vehicles (EV). By 2025, the BMW Group wants 15-25 percent of its total sales to be generated by EV cars. It eventually wants to offer every one of its models with the choice of gas, diesel, plug-in hybrid or EV propulsion.

The 2018 Mini Countryman is an intriguing small crossover utility vehicle, whether it’s the plug-in hybrid electric vehicle (PHEV) or one of its three gas-powered models. The Countryman is an attractive looking, fun, zippy car, the largest in the Mini family.

Although not quite certain how this is accomplished, the manufacturer claims there are more than 10 million ways to customize a Mini. So, if you want to create something totally unique, Mini gives its buyers a wide choice of such things as upholstery, interior finish options, handcrafted wooden surfaces and trim, customized door bezels, leather steering wheels, ambient lighting, and 255 available color tones.

The Countryman battery is mounted below the rear seats, a departure from many EVs where the battery resides in the cargo area. We like the location because it doesn’t greatly diminish the vehicle’s storage capacity. All versions of the Countryman have 17.6 cubic feet of cargo space and with the rear seat folded, expands to 47.6. While on the small side for the class, the Countryman still provides adequate room.

Overall, seating is comfortable in the Countryman. Up front, there’s enough height to accommodate taller drivers and leg room is solid as well. In the back, the 40/20/40-split is roomy enough for people and cargo.

The 6.5-inch infotainment system is within the driver’s reach and has an intuitive nature. Android Auto and Apple CarPlay aren’t included in the standard package, but are available as extras.

The plug-in Countryman combines Mini’s 2.0-liter, inline-4 with a 65-kilowatt electric motor in the rear. It delivers all-wheel drive in what’s called a “through-the-road hybrid” setup. The engine generates 134 horsepower and the EV adds another 87, combining for 221 horsepower.

All versions of the Countryman offer an entertaining ride, far more than most traditional compact crossovers. They are quick off the mark, going 0-60 mph in 7.2 seconds when in sport mode. The Countryman has good freeway passing power and handled the steep terrain on a drive to Lake Tahoe with no problem.

We loved the handling of the Countryman in all driving situations. It features responsive steering, a sporty feel and a ride that’s relatively quiet. The vehicle has tall and wide windows and no real blind spots.

In EV mode, the Countryman is unimpressive when it comes to range, which is a meager 18 miles. That is reportedly the lowest of any plug-in vehicle sold in the U.S. The plug-in hybrid – officially named the Mini Cooper S E Countryman ALL4 – has a 65-mpg rating.

The Mini Countryman has considerable upside. It’s an attractive vehicle with terrific performance, good handling, and sufficient storage. The plug-in hybrid model is a welcome addition.