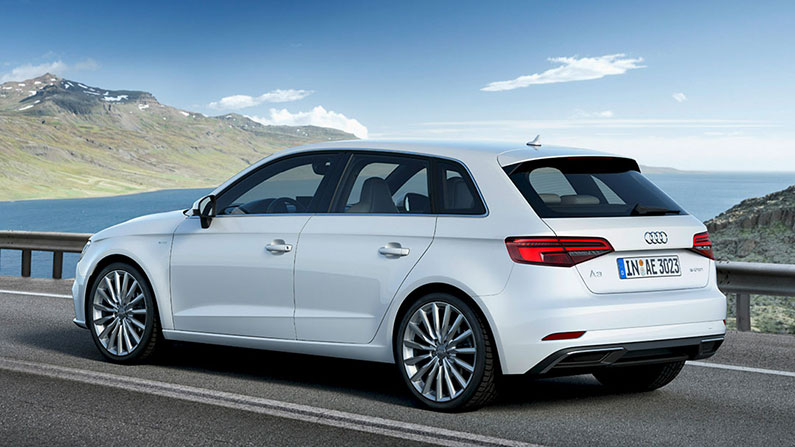 Luxury Blend of Electric and Hybrid 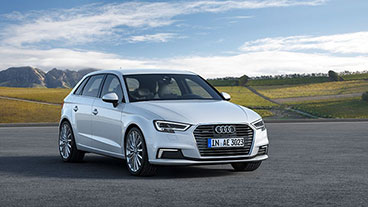 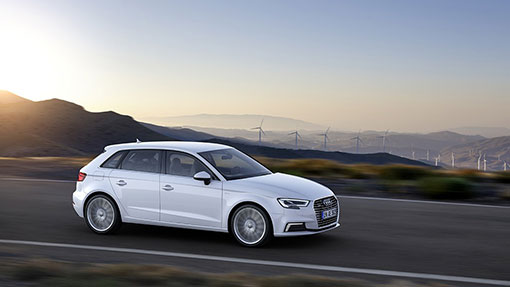 Luxurious was certainly not among the descriptions when discussing plug-in electric vehicles (EV) in their infancy. The cars were typically a little quirky looking and there was nothing luxurious about them.

Fast forward nearly two decades and that’s no longer the case. Practically all luxury auto manufacturers have jumped on board the EV train. For example, BMW is making a huge commitment, announcing that by 2025 it will have 12 all-electric vehicles and 13 hybrids in its lineup.

Audi has also announced it will be making a major commitment in developing its EV brand. Right now, it’s producing a very well-received compact plug-in hybrid electric vehicle – the 2018 Audi A3 Sportback e-tron. A version of the company’s entry-level sedan, Audi’s upscale hatchback is attractive, practical, features a refined interior, and comes in three trim levels (Premium, Premium Plus, Prestige).

What’s not so intriguing about the Audi e-tron is the EV range, a mere 16 miles. Performance may also be an issue for some car shoppers, who want more from a luxury vehicle.

The interior of Audi e-tron has the overall feel that car buyers want from a luxury brand. It has roomy, comfortable front seats that provide ample head and leg room. Taller rear passengers might find the head room lacking, and accommodating three adults is one too many. The cargo area is 14 cubic feet, offering enough room for normal tasks.

The interior configuration is sensible and won’t overwhelm folks who don’t want to be challenged by technology. The setup features simple climate and audio controls that are easy to reach by the driver. Apple CarPlay and Android Auto are standard features. The display with Bluetooth and rearview camera is 5.3 inches.

The Sportback e-tron is powered by a turbocharged 1.4-liter, four-cylinder gas engine that’s paired with an electric motor and has a 6-speed automatic transmission. The electric motor generates 102 horsepower and 243 pound-feet of torque. Added to the gas engine, the combination produces 204 horsepower and 258 pound-feet of torque. The approximate 0-60 mph time is 7.0 seconds.

Estimated gas mileage is the equivalent of 83 mpg in electric mode and 34 mpg overall. The e-tron has a total range of 380 miles and in EV mode tops out at 80 mph. The e-tron gives the driver the option to disengage the electric motor and utilize it in more advantageous situations.

The Audi e-tron has an 8.8-kilowatt battery located underneath the rear seats. Charging the battery from a 240-volt source takes 2½ hours and that stretches to eight hours using a 110-volt source. Due to its sizable battery, the Audi e-tron weighs about 400 pounds more than the typical A3. The starting price remains fairly reasonable at approximately $40,600, which doesn’t include government incentives and state tax credits.

No worries about noise when driving the Sportback e-tron. There’s practically no noise in the cabin, other than a slight transmission whine. The overall acceleration is fine, but the e-tron doesn’t handle with quite the responsiveness of the regular Audi A3 due to the extra weight.

Although we’re not enamored with the limited EV range of 16 miles, there’s still plenty of reasons to buy the 2018 Audi A3 Sportback e-tron. It’s a versatile hatchback that features solid performance, an attractive appearance, a pleasing interior, and is reasonable priced. 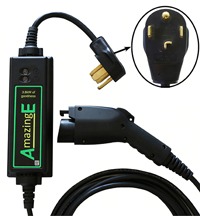 Fuel Economy of the 2018 Audi A3 e-tron by Fueleconomy.gov

2018 Audi A3 Sportback e-tron by Car and Driver