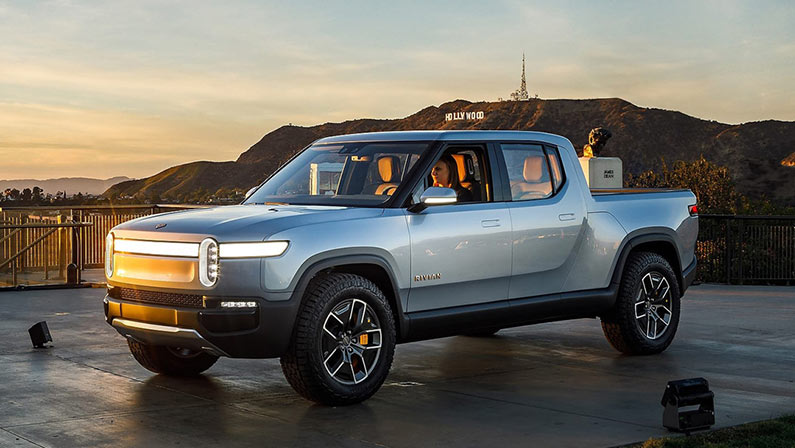 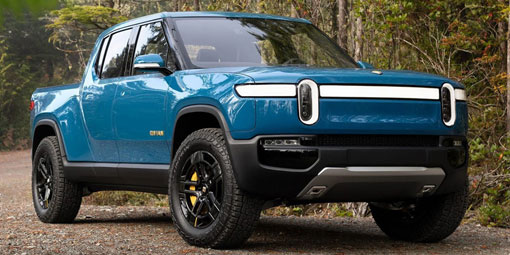 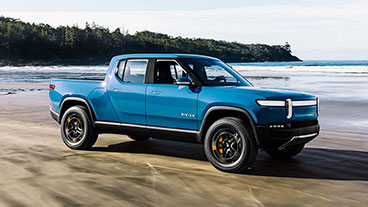 This is one cool truck. And there’s simply no other like it.

Haven’t heard of the Rivian R1T? As the clock winds down on 2020, that’s understandable. Headquartered in San Jose, Calif., Rivian is an all-new American electric-vehicle startup with the goal of reinventing the pickup truck landscape.

The company has the backing of some notable investors. Rivian has received $700 million startup funding led by Amazon, and another half-million from Ford. In addition, Cox Automotive invested $350 million and has plans to collaborate with Rivian on logistics and service.

Rivian’s inaugural entry is the R1T, a futuristic, all-electric five-passenger crew cab truck that could possibly be in possession of those who preorder by June 2021. The Rivian R1T is incredibly fast, has a unique appearance, is a champ in terms off-road adventures, can tow or haul a big load, and has fantastic range.

The R1T has little competition right now, but that will quickly change. There are currently four extremely captivating electric trucks that will debut sometime in 2021. The list includes the Tesla Cybertruck, GMC Hummer EV, Ford F-150 EV, and Bollinger B2. Note that Bollinger is also another new startup company.

It will not be difficult to identify the R1T. It has a pair of stadium-shaped lights and a horizontal light bar that stretches the length of the front end which also serves as a daytime running light and charge-level indicator. The charge point is located above the driver’s side bumper.

The R1T has a 135.8-inch wheelbase and measures 217.1 inches in overall length, a size that is between a mid-size Ford Ranger and a full-size truck like the Ram 1500.

Storage comes from two places, one of them quite unusual. The front truck has 11.0 cubic feet of space and there’s also a 12.4 cubic-foot tunnel between the rear seats and bed, where one can safely pack all kinds of stuff. The truck bed is on the short side – only 4.6 feet long.

Arguably the most intriguing characteristic is performance – the R1T is off the hook, keeping pace with the likes of Tesla models. The Rivian pickup has three battery choices – 105 kWh, 135 kWh, 180 kWh – that send energy to four electric motors powering the four wheels. Together, they deliver an amazing 754 horsepower and 826 pound-feet of torque.

While most Rivian buyers will spend the majority of their time on paved roads, the R1T is a serious off-road pickup. Every version comes standard with all-wheel drive and resides on the company’s unique flexible “skateboard-like” platform that is ideal for off-roading.

The R1T has five different ride heights with a maximum of 14.5 inches of ground clearance. Other off-road qualities include a reinforced underbody shield, dual front bumper tow hooks and air compressor. When off-roading, the R1T can turn into one’s temporary home because it has the ability to mount a tent on the top of the truck bed.

Like all EVs, the R1T has regenerative braking, which means there’s some one-pedal driving because the brake pedal isn’t needed. Lifting off the accelerator will bring the Rivian to a complete stop. It also has the – look Ma, no hands – Level 3 autonomy, allowing the driver to take their hands off the wheel and let the R1T handle the driving.

A totally unique feature is the “tank turn.” When the electric motors are set, they rotate and can execute a spinning 360-degree turn. Another cool feature is a camera that monitors the bed and will alert the owner if something like a theft takes place.

Much like a Tesla, there is a batch of interior technology that will require some practice to master. The cabin is attractive, featuring vegan leather, wood, and large displays. There is a 12.3-inch display that handles infotainment, climate controls and navigation. A 15.3-inch digital readout serves as a reconfigurable gauge display. Another unique quality of the R1T is that the shifter is attached to the steering column.

Range is another terrific quality the R1T possesses. Depending on the battery selection, it will travel between 240 and 400 miles before a charge is required. The largest of the batteries (180.0-kWh) will deliver roughly 400 miles in range.

The 2021 Rivian R1T ushers in the arrival of some extremely cool electric trucks that will be eye openers. The Rivian has an array of terrific features that will be tempting to anyone with the cash to splurge on a truly groundbreaking truck. 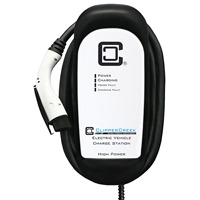