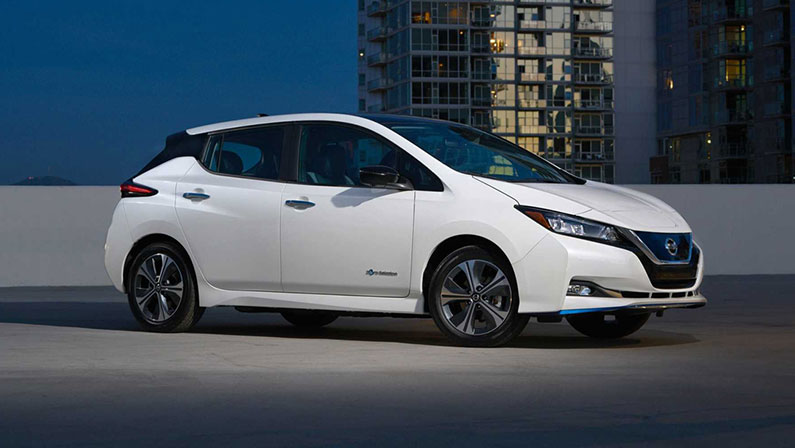 EPA Range: Up to 226 pure-electric miles 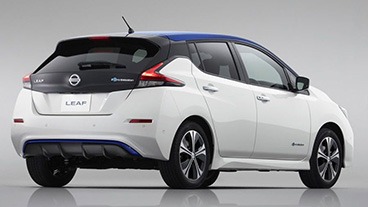 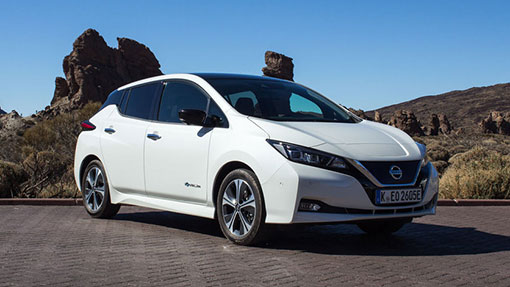 Historically, the Nissan LEAF has played a significant role in the growth of electric vehicles, bringing them to the masses during its 2011 debut as the world’s first mainstream battery-electric vehicle.

Although these days the competition is fierce, the five-seat compact hatchback remains a player. Entering 2019, all-time LEAF sales were approximately 365,00 globally (128,000 in the U.S.), making it the top-selling EV in the world. Last year, U.S. sales of the LEAF was 14,715, placing it eighth among EV models.

While it has remained relevant with the LEAF the Nissan brain trust recognized it needed to keep making improvements. There could be as many as 100 all-electric vehicles on the market by the end of 2020. Plus, the number of hybrids and plug-in hybrids (PHEV) keeps growing as well.

Hoping to elevate its status this year, Nissan has added an addition to the LEAF. There’s been considerable buzz regarding the 2019 Nissan LEAF Plus, which will be introduced in the U.S in spring 2019. It has a much larger battery than the standard Leaf and can also travel a lot further before a charge is required.

Nissan hasn’t officially announced the price, but the LEAF Plus (known as the LEAF e+ outside the U.S. and Canada) will be higher than the base model LEAF which ranges from $30,100 to $36,300.

The 2019 LEAF and LEAF Plus possess a more conventional exterior. It’s now more aerodynamic than the rounded and quirky original LEAF. The LEAF Plus has a slightly revised front bumper with blue accents. It also has a rear trim-level badge (S Plus, SV Plus or SL Plus).

The LEAF Plus interior is nothing fancy, so don’t expect anything resembling the cool complexity of a Tesla. But there are plenty of strong traits that combine to give it a solid interior. The front seats are fairly comfortable and roomy, while the back seats offer good leg and head room. The cargo area is sizable at 23.6 cubic feet behind the back seat.

An 8-inch touchscreen (the standard motel is 7 inches) has an updated navigation system that’s relatively easy to master and will support Apple CarPlay and Android Auto. Some annoying hard-plastic surfaces and no telescoping steering wheel are two of the negatives.

TheLEAF Plus has a 226-mile range compared to 151 miles for the standard model.

Despite the impressive range, the LEAF Plus still trails some other EV competitors like the Chevrolet Bolt (238 miles), Kia Niro (239 miles), and Hyundai Kona (258). And don’t leave out the Tesla Model 3, the top-selling EV. The Model 3 possesses a 310-mile range.

Even though the battery is larger, Nissan says the LEAF Plus will have charging times that are similar to the standard model. A full charge will take 11½ hours on a typical 240-volt outlet at home and around 7.5 hours on a 220-volt Level 2 charger. Equipped with a Quick Charge port, the Leaf Plus can be charged up to 80 percent in a mere 40 minutes.

Besides its significant jump in range over the regular LEAF the LEAF Plus will deliver better acceleration. Reportedly 300 pounds heavier, the LEAF Plus features a 62 kilowatt-hour (kWh) battery and the electric motor generates 215 horsepower and 251 pound-feet of torque. There is no 0-60 mph testing available.

Partly because the battery sits low, the LEAF Plus will give the driver a confident feeling that they are hugging the road. It drives smooth, quiet and the regenerative braking kicks in when one takes their foot of the accelerator, making the vehicle easy to slow down and come to a full stop.

The added mileage range and better performance will make the Nissan LEAF Plus a welcome addition to the LEAF lineup.

The Most Extensive 2019 Nissan LEAF Plus Review To Date: Video by Inside EVs