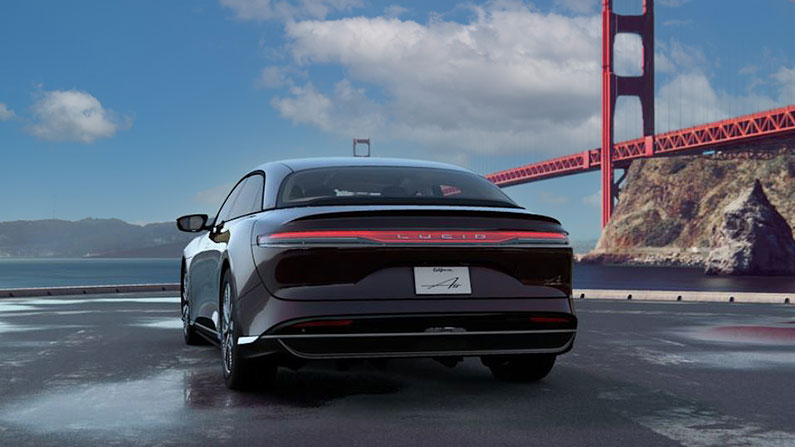 Luxury Has Never Looked So Good 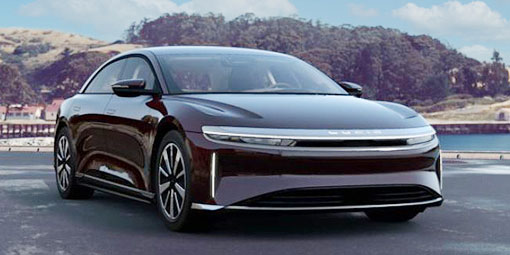 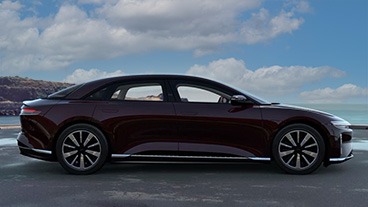 Heading into the new year, perhaps you haven’t heard of Lucid Motors. If that’s the case, trust me, its anonymity will soon pass.

Headquartered in the Bay Area (Newark), Lucid Motors is a startup automotive company that claims it wants to go head-to-head with the electric vehicle leader – Tesla. If everything is true regarding its prototype vehicle, Lucid Motors should arrive later this year as a strong Tesla competitor.

Still in production, the 2021 Lucid Air is a performance-laden, luxury sedan that seats five passengers and has many appealing aspects. It has incredible range, charges extremely fast, features a gorgeous exterior and state-of-the-art, roomy interior. The Air also welcomes its owner by automatically unlocking the doors, extending a handle, and setting the pre-established interior lighting.

From a visual standpoint, the Lucid Air has an intriguing, sleek-looking exterior that features a framed satin-finish aluminum, a glass canopy roof that spans the entire cabin, and has no visible seams on its front or rear. The vehicle’s length is reportedly just a bit smaller than the Tesla S.

Equally appealing is the Lucid Air interior, an upscale, spacious cabin that incorporates darker colors up front and lighter ones in the back. Lucid says the design is as small as possible, allowing for more passenger and storage space. The result is ample head and leg room up front and a large back seat that should comfortably accommodate three adults. The Air has a large trunk (26.1 cubic feet) and a 10 cubic-foot front trunk (frunk), the largest of any existing EV.

As one would expect, the sedan employs cutting-edge technology. There’s a gigantic 34-inch curved glass dashboard in front of the driver that has vehicle controls on the left, driving information in the center, and navigation and media functions to the right that are easily accessible for both driver and passenger.

Set up properly, the Lucid Air will allow for Alexa voice commands and the voice-recognition software has an artificial “assistant” that learns the user’s climate change and music preferences.

The Air offers tremendous performance and also delivers impressive handling. It tightly grips the road around challenging corners and the ride is smooth, thanks in part to its low center of gravity. Optional autonomous driving requires the driver to be ready to assume control when the car is moving. It’s made possible by 32 different cameras, sensors, and radar.

In terms of charging, Lucid claims it has discovered a method to charge its 113-kWh battery pack at a faster rate. DC charging can deliver 300 miles of range in an impressive 20 minutes. Another anomaly is Lucid says its charging and battery system can also be used to power a house.

To be fair, Tesla started the new year selling four fantastic EVs at fairly reasonable sticker prices. The Tesla S is roughly $8,000 less than a comparable Lucid Air base model that will likely cost $77,400 (minus a $7,500 tax credit). The Porsche Taycan Turbo S is another highly acclaimed EV that will be another competitor for the Air.

Right now, Lucid Motors’ calling card is supplying batteries to Formula E race cars. But that will soon change. The company says it will be opening 20 Lucid Studios in North America and they will be more like a lounge than a traditional dealership. Sales will be aided by virtual reality headsets that allow prospective buyers to do a virtual tour where they can explore and create their vehicle of choice.

Lucid says the base model Air might not be available until 2022. However, two of its other models – Touring and Dream Edition – will be available. A fully-refundable deposit starts at $1,000 and the Air should be available by spring 2021.

The base model Air has a range of 406 miles, which would make it the highest range of any existing electric vehicle, capable of going from San Francisco to Los Angeles with miles to spare. The Air’s premium trim model (Dream Edition) will supply an additional 100-plus more miles of range than the base model, traveling a whopping 517 miles. The Tesla S has a range of 402 miles, the most of any EV currently on the road.

If the 2021 Lucid Air is as good as advertised, Tesla definitely will have some competition for its seat atop the EV world. 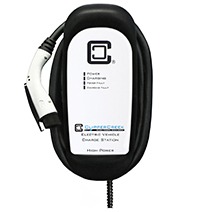