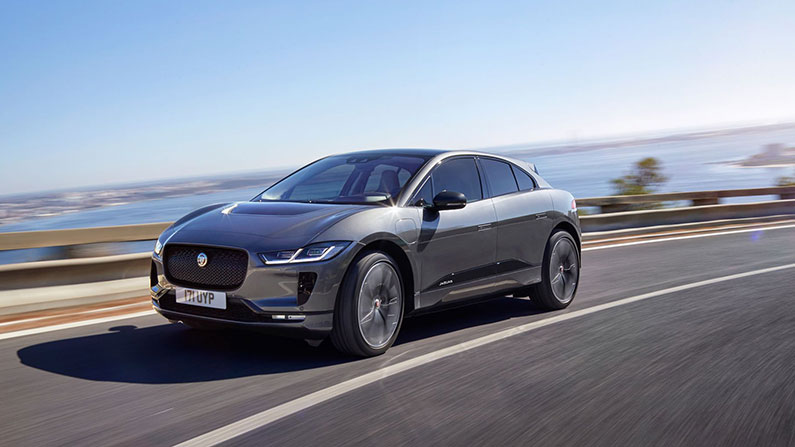 EPA Range: Up to 240 pure-electric miles 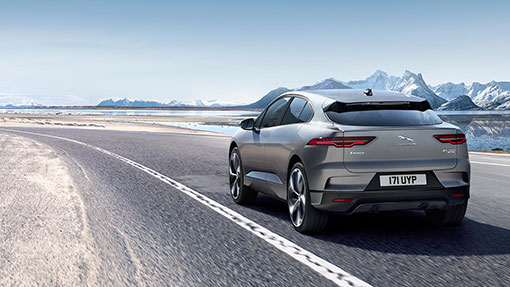 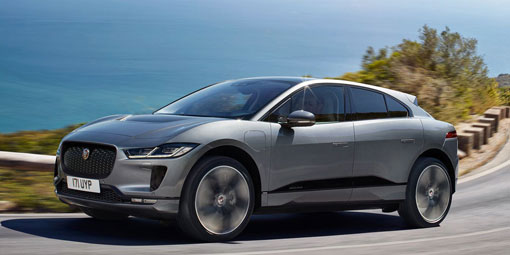 Mileage estimate: Up to 240 electric miles

Its calling card has traditionally been sleek sedans and sports cars. But that focus has changed because Jaguar is looking toward the future.

The famed British automaker has made a major commitment to manufacturing electric vehicles (EV) and reportedly has Tesla in its sights. Challenging Tesla seems a bit of a stretch right now, but Jaguar is not backing down from its goal of going green.

The 2019 Jaguar I-Pace is the second luxury, all-electric sport utility vehicle. Tesla has a head start on the I-Pace, coming out with the Model X crossover SUV in 2016. Tesla sold just over 26,000 Model X vehicles in 2018. Meanwhile, the I-Pace is off to a slow start in terms of U.S. sales, despite its World Car of the Year Award.

Stacked up against the Model X, the I-Pace is a little smaller outside and inside and doesn’t have the overall sophisticated technology that the Tesla has exhibited. But if price is a consideration, the I-Pace is the more economical, starting at just under $70,000 (minus $7,500 federal rebate).

One thing that is similar from a cool factor are the front door handles. In either SUV, they aren’t visible until the driver gets closer to the car. Tesla takes it a step further with its rear doors that swing upward instead of straight out. With the doors open, the Model X looks like a bird in flight. But the unique doors are slow to open and prevent the SUV from having a roof rack or a roof-mounted cargo box.

Much like the Model X, the I-Pace also has a low roofline, long cabin and could be confused for a hatchback. However, from a pure speed standpoint the Tesla remains the more impressive of the two.

Most drivers will enjoy the overall makeup of the I-Pace interior, which is comfortable, spacious, attractive and not extremely difficult to master. The 10-inch center screen, one of three digital displays, does exhibit a little lag time with its backup camera.

Seating is solid in both the front and back. Taller occupants won’t have an issue residing in any of the four seats. Cargo space measures 25.3 cubic feet and extends a lot more with the second row folded down.

That doesn’t mean the Jaguar I-Pace is some slowpoke in terms of performance. Yet Tesla vehicles remain a class above all its competitors from a pure speed element, thanks to its Ludicrous mode that goes a mind-bending 0-60 mph in 2.8 seconds. Note that the Ludicrous mode also is an option that adds an additional $20,000 to the price tag.

The 2019 Jaguar I-Pace is no slouch when it comes to speed. It features a 90-kWh battery pack that powers two electric motors, one driving the front wheels and the other the rear. The I-Pace has a combined 394 horsepower and generates 512 pound-feet of torque. It travels 0-60 mph in a very brisk 4.2 seconds.

The I-Pace also falls a little short of the Model X when it comes to range – but not by much. The Jag can travel 234 miles before requiring a charge and the Model X is capable of going 270 miles. Jaguar says fast-charging of 85 minutes will recharge the I-Pace battery to 80 percent.

There’s certainly a fun factor with the I-Pace. Besides the speed, it provides a strong driving acumen, displaying controlled steering and the ability to corner well at high speeds. It also offers two tools for driving on slippery surfaces: All Surface Progress Control and Low Friction Launch.

While the speed is super impressive, the I-Pace needs to improve the lift-throttle regenerative braking. Currently, the regen brakes don’t slow the car down as well as many EV models, a crucial factor because the I-Pace can get to high speeds so quickly.

Jaguar is known for making world-class vehicles and has done a nice job with its first EV model. The I-Pace is the start of the EV focus. Next up is the electric version of the Jaguar XJ, the sedan that has been its flagship model since 1968.