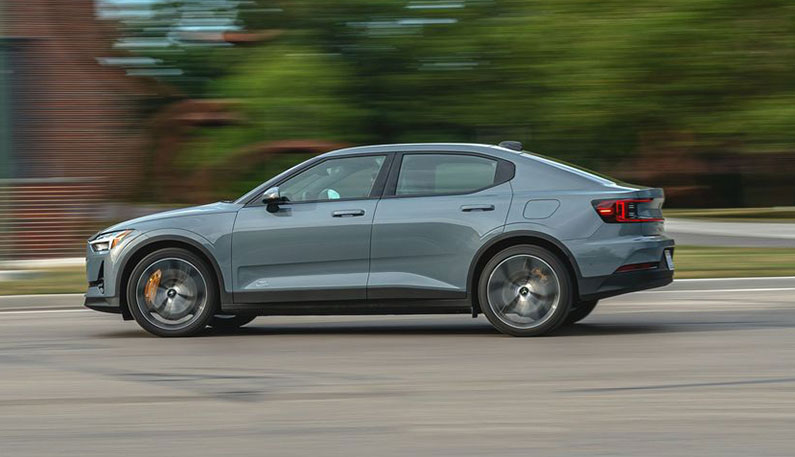 EPA Range: Up to 233 pure-electric miles 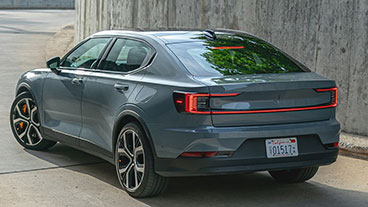 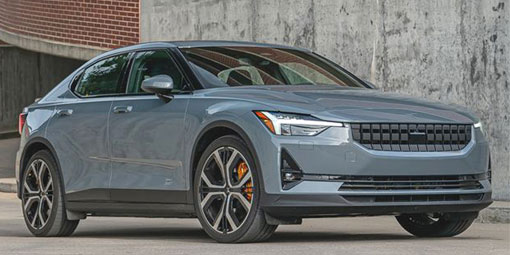 Considering the competition and their historical longevity, an all-new automobile brand can be a risky endeavor. Yet that hasn’t deterred Polestar from diving into a field of competitors that all have an eye on the future: green transportation.

Formerly a division of Volvo, Polestar now stands on its own as it focuses on sustainable electric performance. Polestar jumped into the fray with both feet. Its first vehicle – Polestar 1 – is a plug-in hybrid coupe that debuted in 2017.

Polestar has wasted no time in delivering a follow-up, the 2021 Polestar 2, a new all-electric five-passenger hatchback. As the name suggests, the 2 is Polestar’s second vehicle. It’s situated amidst some heavy hitters that include the Tesla Model 3, Ford Mustang Mach-E, Audi E-Tron, and Porsche Taycan.

The Polestar 2 is setting its sights clearly on the Tesla Model 3, a tall order for a new brand with no history of success. While it has some great credentials, the edge would go to the Tesla 3 in a head-to-head comparison.

Starting price for the Polestar 2 is just under $60,000. And like many new electric vehicles, that price tag can be reduced by as much as $7,500 with federal and state incentives.

Recognizing the Polestar 2 as a Volvo product from a visual standpoint would not be a stretch because it has that signature minimalistic Volvo design. Not that the Polestar design is poor, yet making it more special would have been a good idea, considering the stiff competition. It resembles something between a sedan and an SUV crossover.

Seating is comfortable and roomy, so the Polestar 2 is conducive for taking long trips. Cargo space isn’t as roomy, only 14.3 cubic feet, yet that space expands to 38.7 cubes with the split 60/40 back seat down that includes a center pass-through. There’s an additional 1.2 cubic feet of storage up front in the “frunk.” There are also four USB-C power ports and an excellent Harman Kardon speaker system.

The Polestar 2 has a 78-kWh lithium-ion battery pack that enables the vehicle to travel an estimated 233 miles before a charge is required. It comes standard with an 11-kW onboard fast charger that will restore a depleted battery to 80 percent in a mere 40 minutes using a Level 3 charger, which are found in commercial spaces. Charging a depleted battery from a typical home outlet (Level 1) takes about eight hours. Charging with a Level 2 charging station would take just a few hours.

Performance of the Polestar 2 is significant and something to brag about. The all-wheel-drive Polestar 2 has twin electric motors – one up front and another in the back – that provide considerable quickness and excellent acceleration. The dual electric motors generate 408 horsepower and 487 pound-feet of torque, enabling the Polestar to go 0-60 mph in 4.1 seconds.

A sensible, well-thought-out interior is another Polestar 2 plus. The straight-ahead look for the driver is a 12.3-inch digital instrument cluster and to the right is an 11.2-inch iPad-like touchscreen that incorporates Google play, Google assistant, and Google maps. Voice controls are cloud-based and allow one to do things like check the weather or adjust the seat heater simply by saying “Google, change the temperature.”

We don’t expect the 2021 Polestar 2 to become instant competition for the Tesla Model 3. However, there’s much to admire about this new entry into the EV landscape, and down the road Polestar could become a legitimate Tesla rival.