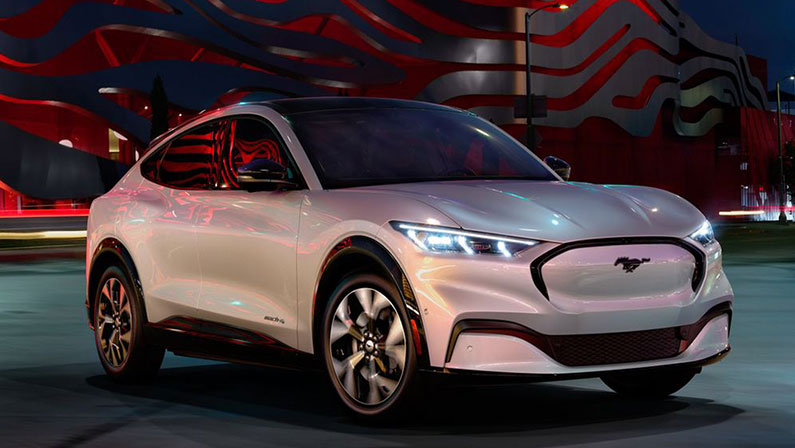 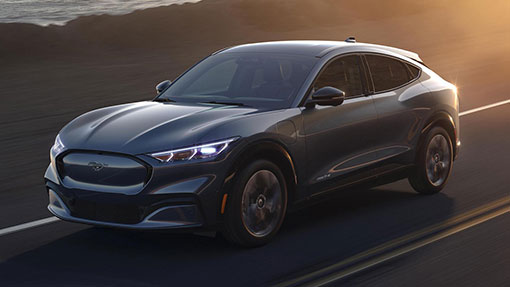 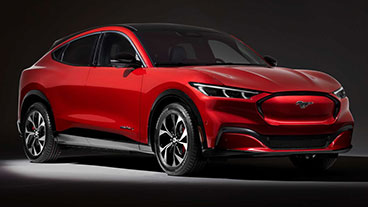 When is a name not a name? In the case of this highly-anticipated electric vehicle, the Ford Mustang Mach-E is already getting some pushback on the naming.

It’s really a misnomer to put the Mustang tag on Ford’s first specifically-designed all-electric vehicle (EV). The Mach-E is a five-passenger, compact crossover sport utility vehicle, while Ford’s longtime iconic Mustang is a two-door performance vehicle with an internal combustion engine. Clearly, Ford wants to utilize Mustang’s tremendous reputation to help intrigue the masses. Who can argue with that logic – it’s working.

The 2021 Ford Mustang Mach-E is getting major interest in the U.S. By March 2020, there were a little over 40,000 people in all 50 states who plunked down $500 (refundable reservation deposit) so they could be among one of the first to order the new Ford EV. Note, the reservation is not considered an actual order and doesn’t guarantee delivery when the Mach-E will be offered in late 2020.

Ford clearly wants to cash in on the Mustang name and what it means to many American car buyers – terrific performance. The Mach-E won’t disappoint. It will debut with two electric motors that generate 346 horsepower and 428 pound-feet of torque. It reportedly will travel 0-60 mph is an estimated 5.5 seconds. And next year it will debut the GT Performance option that is equipped with 459 horsepower and 612 pound-feet of torque, and should go 0-60 mph in a Tesla-like 3.5 seconds.

Since the Mach-E has no engine, it will also not possess the exhilating V8 roar like the standard Mustang. However, Ford has taken care of that. It will have engine noises coming from the car’s speakers so it sounds like the real thing. If that’s not appealing to a Mach-E owner they can mute the fake engine noise via the center control screen

By seemingly focusing more on performance than eco-friendly capabilities, it appears Ford has a goal of taking on Tesla. Insiders say the Mach-E will compete directly on price and performance with the heralded Tesla Model Y SUV. Aside from the Model Y, there’s practically no other competition for the Mach-E. An advantage the Ford product holds is it qualifies for a $7,500 federal tax credit, one that no longer applies to Tesla because its sales exceeded the prescribed number of EVs sold criteria.

Looking similar to the Porsche Macan, the Mach-E has some typical SUV proportions, yet does include a few standard Mustang exterior characteristics like its pronounced rear haunches and vertical rear lights.

The Mach-E comes with a choice of batteries. The entry-level model has a smaller (75.7-kWh) battery pack that should have a range of 230 miles. For those seeking increased range, the larger (98.8-kWh) battery will allow for roughly 300 miles before a charge is required. Using a Level 2 charging station you would be able to recoup roughly 25-35 miles of range per hour or recharge from empty to full overnight. The Mach-E is also equipped with a CCS quick charge port for traveling or when you just need a quick charge.

Ford has kept the Mustang Mach-E under wraps and test drives have been minimal. While anticipating a smooth-handling SUV, what is clearer are some safety features. The Mach-E will come equipped with standard frontal collision warning with automatic braking, lane keeping assist, and blind-spot monitoring. An appealing option is the hands-free automated driving system that Ford calls Active Drive Assist.

The Mach-E cabin will combine some old-school qualities and a blend of forward thinking. The dominant center-piece is the giant 15.5-inch central touchscreen that controls the vehicle’s primary functions, while a second screen directly in front of the driver displays the speed and available range. Ford says the two screens will provide a new experience – learning driver preferences. The system is Apple CarPlay and Android Auto compatible.

Another unique interior facet is two trunks. With no gasoline engine and battery placement at the bottom of the vehicle, there is space in the front of the car for additional storage which EV owners affectionately refer to as a “frunk.” The front trunk measures 4.8 cubic feet, just enough room for something like a small airline cabin bag. The frunk can be drained after being conveniently cleaned with a hose. The standard rear cargo area is 29 cubic feet and increases to 60 cubes with the back seats folded down.

While the name is misleading because the 2021 Ford Mustang Mach-E has little in common with a traditional Mustang, there’s no arguing that this is a good first effort by the American automaker in producing an all-electric SUV. The Mach-E has terrific performance, an intriguing interior, and the name should be a boast to sales. 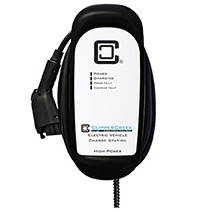