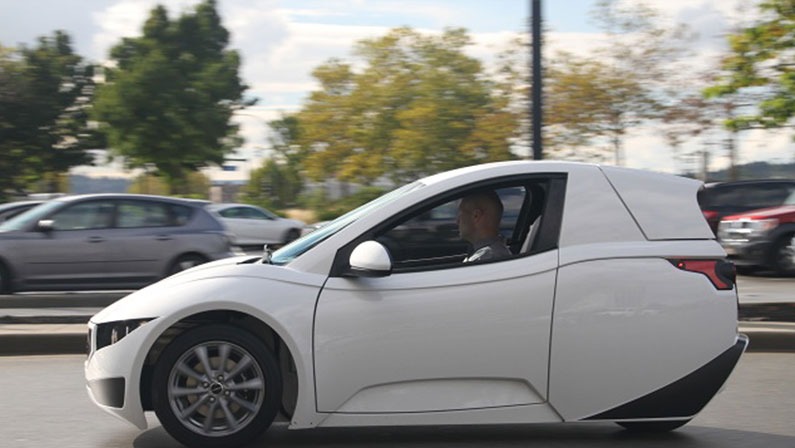 JUST THE RIGHT SIZE FOR YOUR Commute

EPA Range: Up to 100 pure-electric miles 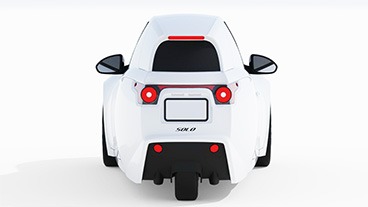 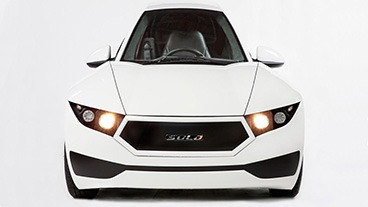 Do you drive by yourself a lot? If so, we’ve got the electric vehicle that’s a perfect fit.

Say hello to the 2021 Electra Meccanica Solo, an odd-looking, three-wheel EV that seats one person and is the ultimate commuter car. So, leave the wife, the kiddos and the friends behind because there’s no squeezing anyone – other than yourself – into the Solo.

According to the U.S. Census Bureau, almost 76 percent of Americans drive alone to work. For people who like to keep their distance, the Solo insures one will never be coerced into giving someone a ride home.

Calling the Meccanica Solo quirky is a huge understatement. It tosses conformity out the window. The driver resides in an enclosed cockpit and the car’s shape tapers to a slim rear end and a single rear wheel. The Solo is just over 10 feet long and measured from the front wheels, it’s 57.5 inches wide.

Despite the peculiarities, many urban dwellers might consider driving the two-door Solo a big upgrade when compared to a motorcycle, scooter or bicycle. And unlike the aforementioned, there’s no helmet required to drive the Solo, which is licensed as a motorcycle.

Safety is certainly an added concern when driving the lightweight 1,735-pound Solo, yet it does offer some protection. It comes standard with front and rear crumple zones, side impact protection, a roll bar, and some power-limiting tech to keep the vehicle on the ground.

ElectraMeccanica Vehicles Corporation is a Canadian designer and manufacturer of EVs that’s headquartered in Vancouver. It announced in March 2021 it had selected Mesa, Ariz. as its U.S. base of operation. As of June 1, 2021, the Solo was only sold in three states – California, Oregon, Arizona.

While individual sales of the Solo are naturally welcomed, the company feels its biggest market may be as small vehicle fleets for food delivery and courier services. ElectraMeccanica is also reportedly looking into starting a car-sharing application in a post COVID-world.

The Solo has a 17.3-kWh lithium-ion battery and has a range of 100 miles before a charge is needed. Using a Level 2, 240-volt charger takes about three hours to fully power up. Using a standard home 110-volt outlet takes approximately 6 hours. Note that a Level 3 fast charger can’t be used.

The Solo has an 82-horsepower AC synchronous electric motor that generates 128 pound-feet of torque. Perhaps due to its lightweight, it’s faster than some might expect, going 0-60 mph in roughly 10 seconds and topping out at 80 mph. Obviously, the Solo is easy to maneuver and parking is ridiculously simple. It also offers respectable cornering.

Although comfort, leg, and head room are average, seating can be an issue for larger folks. Cargo space is a mere 5 cubic feet in the rear trunk. There’s also a smaller front trunk. The Solo interior has many typical standard features like seat control adjustments, power steering and brakes, keyless entry, power windows and mirrors, AM-FM stereo, and Bluetooth connectivity. But there’s no built-in navigation system or Apple CarPlay or Android Auto integration.

For folks who enjoy seating that’s close to the ground, the Solo accommodates. That gives the driver a unique visual perspective but also can be jarring when going over even a small pothole.

Another issue is the rearview mirror – there isn’t one due to no back window. Two side mirrors and a backup video camera are the only guides when in reverse. Obviously, the Solo is easy to maneuver and parking is ridiculously simple. It also offers respectable cornering.

Obviously, the single-passenger 2021 Electra Meccanica Solo is not for everyone. Yet there’s no denying its practicality as an EV commuter vehicle. It will be interesting to see how well the Solo is received. 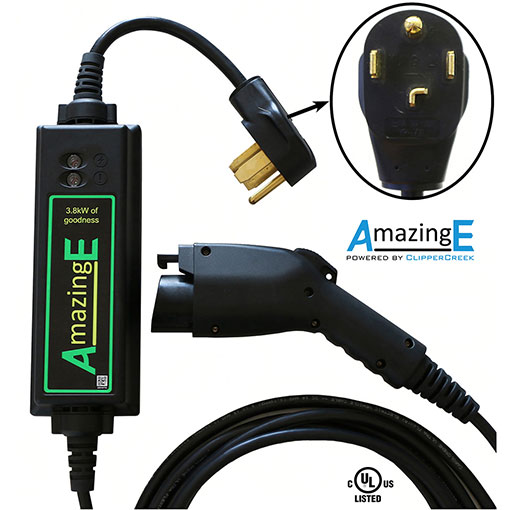