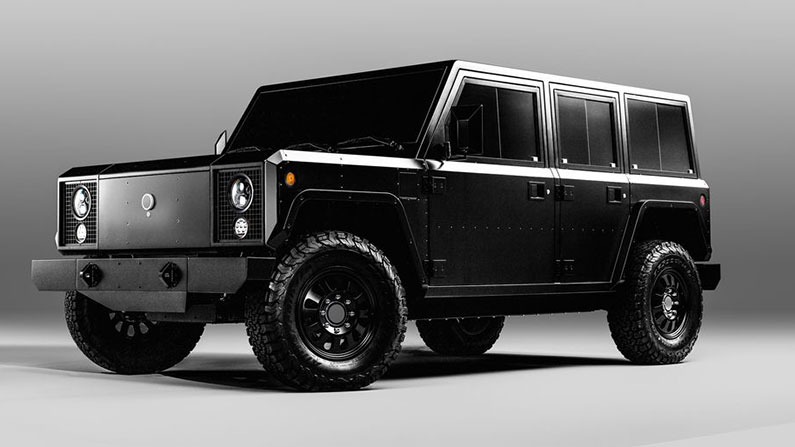 EPA Range: Up to 200 pure-electric miles 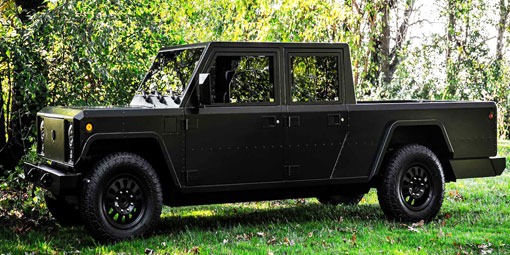 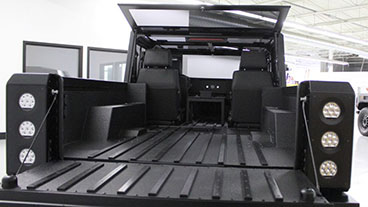 This year marks the emergence of the all-electric truck. By the end of this year there should be at least five EV truck options.

Along with the Bollinger B2, the all-electric trucks soon to be available include the Tesla Cybertruck, Rivian R1T, Lordstown Endurance, and the Ford electric F-150. Among the new EV trucks, the B2 is easily the priciest at a reported $125,000. A $1,000 deposit will get people on the waiting list to reserve a B2. Visit the Bollinger website for more information.

Robert Bollinger is the mastermind behind the B2. An industrial design graduate of prestigious Carnegie Mellon University, he enjoyed huge success with an organic hair products business. When he relocated to a farm in upstate New York, Bollinger reportedly could not find a suitable truck so he decided to create one with this new startup company. Bollinger Motors is located in Oak Park, Michigan.

Not on the market as of April 2021, the 2021 Bollinger B2 is purportedly being fine-tuned, along with the equally unique Bollinger B1, an SUV the company calls a sport utility truck. Both will likely be on the road later this year.

The B2 is a veritable beast with a roomy cargo bed measuring 72 inches long and 49 inches wide. It can carry a payload up to 5,000 pounds and has maximum towing capacity of 7,500 pounds. Another unique facet of the B2 is that it features foldable and removable body panels including the roof, windshield, panels doors, and windows. It also has a hollowed-out interior pass through that allows the vehicle to transport an item up to 16 feet long.

Both Bollinger models share a boxy, no-frills appearance. They borrow some styling cues from the Land Rover Defender, an SUV that resurfaced in 2020 following a 23-year absence. The structure and body of the B1 and B2 are made of aluminum, while the independent suspension is primarily steel. Both have all-wheel-drive.

According to Bollinger Motors, commercial vehicles produce 450 billion tons of CO2 per year. And some recent studies report that these emissions will rise 30 percent by 2030. The B2, basically a stretched version of the B1, is equipped with a 120-kW battery that is located in a carbon-fiber box under the floor.

The large battery will create approximately 200 miles of range and can be fully recharged from empty in 10 hours with a Level 2 charging station connected to a 240 Volt outlet. Charging time is minimized to 75 minutes with DC fast-charging which are available in public spaces.

Traveling off-road won’t be an issue with the B2 because it has a variable ground clearance that ranges from 10 to 20 inches, and a two-speed transfer case with high and low ranges. It will serve as a terrific farm truck because it’s capable of going over various terrain and can deflect harsh conditions.

For some, a major knock against the Bollinger B2 will be that the basic interior design lacks any of the technological sophistication that one expects from an electric vehicle. The B2 interior is even absent of a navigation system and radio. Made of real wood and metal, the interior lacks many features (standard or optional), but does offer air conditioning, heated seats, Bluetooth, and six 110-volt outlets.

One distinctive feature is a fold-away rear wall that nearly mirrors the original Chevy Avalanche “mid-gate,” a panel that can be folded to make more space. In the B2 that space extends an extra two feet.

Due to its unusual overall makeup, the 2021 Bollinger B2 is different than any truck on the market – EV or otherwise. It has some major positive aspects, but the downside certainly is no mystery – the $125,000 price tag will likely scare off many potential buyers.

Bollinger B2 Review, Pricing, and Specs by Car and Driver