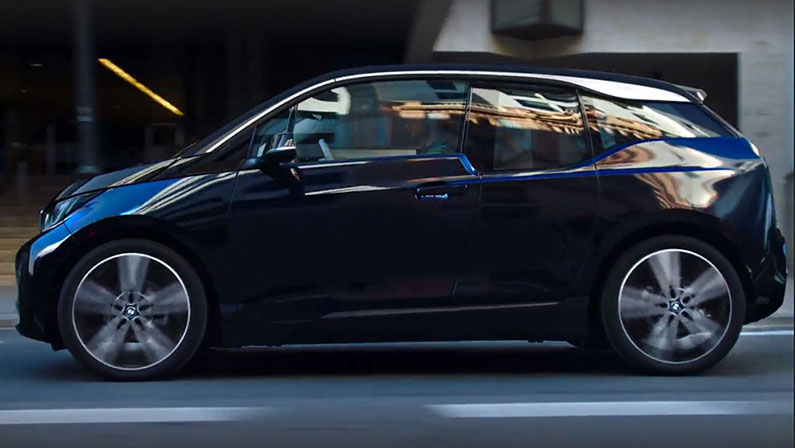 Shaping the future of electric mobility

EPA Range: Up to 153 pure-electric miles 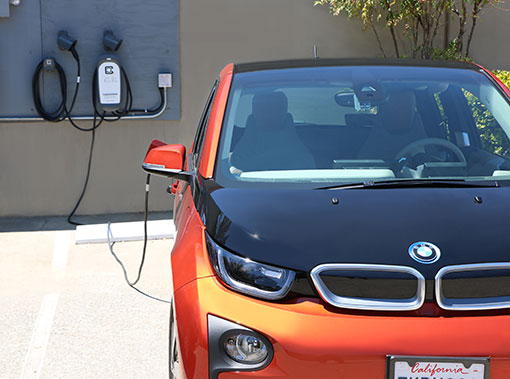 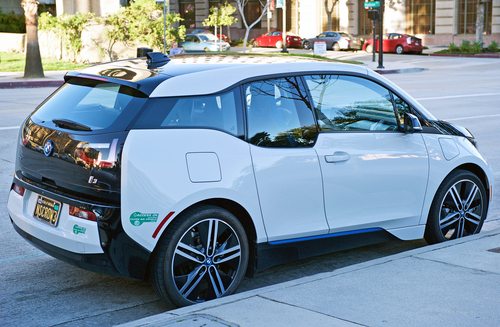 Sales dropped a year ago for the BMW i3, an all-electric vehicle hatchback that is a huge player in the German automaker’s push toward going green.

For 2018, the i3 sales in the U.S. was 6,117, the 12th highest among electric vehicle (EV) cars. However, that could be just a one-year drought because the 2019 BMW i3 arrives with some significant changes, most notably a range increase of just over 30 percent.

BMW has made a major verbal commitment regarding EVs. By 2025, the German automaker says it will have 12 all-electric and 13 hybrid vehicles. The plan by 2021 is having five all-electric models.

The reason for the BMW focus is twofold. Increasing restrictions on carbon emissions by the European Union (EU) is a prime motivator, along with the fact that EVs and hybrid vehicles are gaining in popularity worldwide.

For folks who have never seen the BMW i3, the vehicle doesn’t exude the luxury that typifies its German heritage. It’s an upright, small hatchback with a boxy, somewhat quirky appearance. The i3 has odd-shaped windows, skinny 19-inch tires and is short in length (158.3 inches).

Even the doors are a little odd. The front doors need to be open to allow passengers in the back, where the doors swing out in the opposite direction.

The BMW i3’s overall layout is a bit dated because its more simplistic and less technology-laden than some car buyers would like. It comes standard with a 10.2-inch touchscreen that sits atop the dash, and one year of Apple CarPlay compatibility.

The front seat provides solid space and comfort, yet the back seat is lacking. Taller passengers won’t want to be on long trips because the leg room is on the small side (just shy of 32 inches). The cargo area measures 15.1 cubic feet of room, about the size of some compact sedans.

The standard rear-wheel drive BMW i3 generates 170 horsepower and 184 pound-feet of torque. The carbon fiber shell helps give the i3 better acceleration and decrease the overall weight, which is similar to a Mazda Miata.

Thanks to its small wheelbase and lower center of gravity, the sporty i3 steering is extremely responsive and maneuverable, making it fun to drive. But the skinny tires are not as road-gripping.

The 2019 i3 has a 42-kilowatt (kWh) battery pack with 120 Ah lithium-ion cells that replaces last year’s 33-kwh battery. The increase raises the i3’s range to 153 miles, considerably more than the 114 range a year ago. That pushes the i3 past competitors like the Nissan Leaf, Volkswagen e-Golf and Hyundai Ioniq Electric. However, the BMW i3 still ranks well below the Tesla Model 3 and Chevy Bolt.

There’s a lot to like about the funky-looking 2019 BMW i3. It delivers great range without a charge, good acceleration and nimble handling. One not-so-appealing quality – it costs more than many of its competitors. 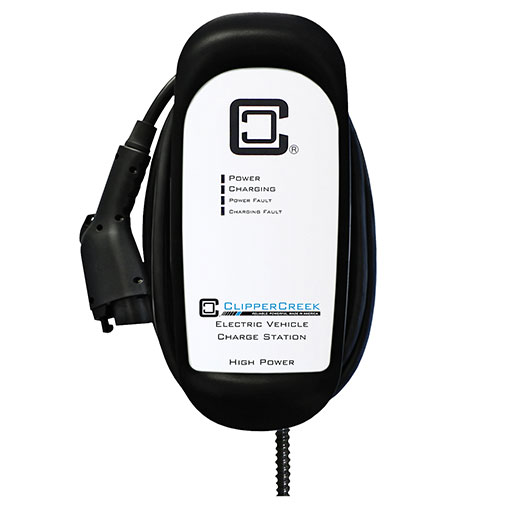 Below are several photos sent to us by ClipperCreek customers who also happen to be BMW i3 owners. Please send us photos of your BMW i3 charging with ClipperCreek for a chance to be featured in our gallery. Photos can be sent to ccmarketing@enphaseenergy.com 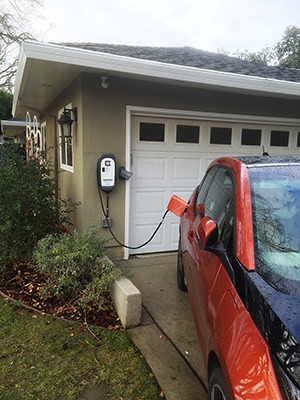 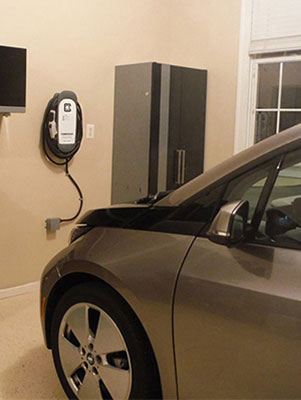 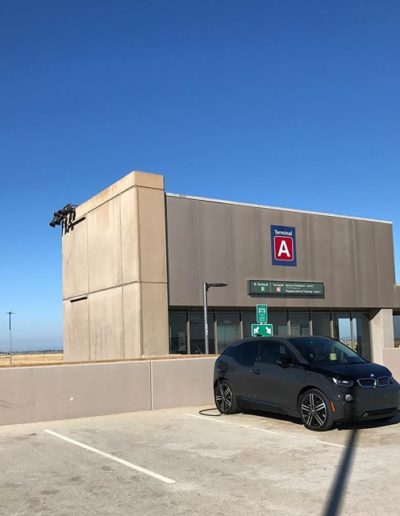 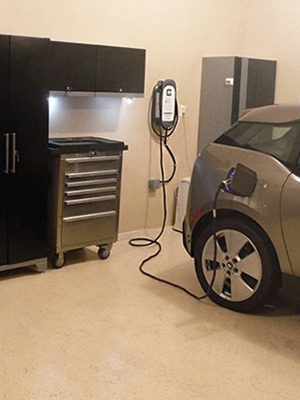 Excellent! So far so good for BMW i3. Very well made and appears to be durable for the longterm. Nice holster included. Had professional installation done. Looked at a number of models and different companies. Appears ClipperCreek enjoys the best rating for quality and service. No problems at all do make sure you check the safety ratings of whatever unit you purchase. Thumbs up on all ClipperCreek products.

The Clipper Creek HCS-50 EV Charging Station is tough, reliable, and powerful 40 amp station paired with a durable rubber over-molded cable and vehicle connector. It has 240-volt, Level 2 charging capabilities and is good for both indoor and outdoor use. We’ve been using ClipperCreek for years for some of our BMW i3 electric vehicles and we were impressed with their longevity and build quality, in any environment.