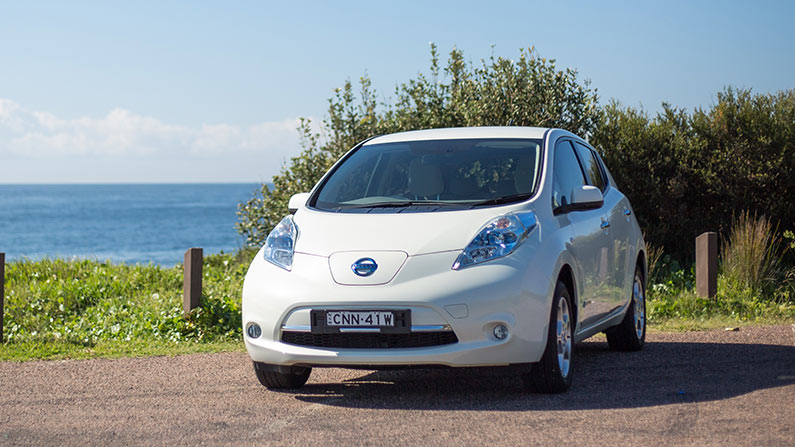 EPA Range: Up to 107 pure-electric miles

Charging Acceptance Rate: 3.3kW to 6.6kW, depending on model 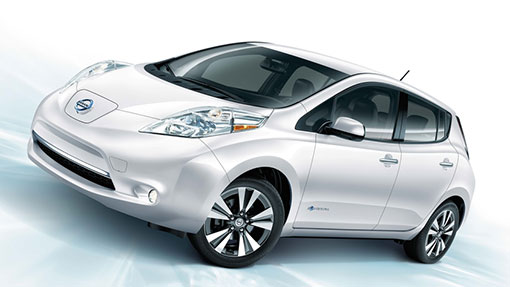 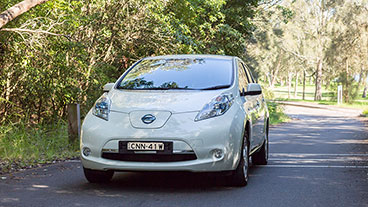 This was indeed the trailblazer for electric vehicles. The Nissan LEAF burst on the scene in 2011 and established itself as the first fully electric car priced and designed for typical car buyers.

An all-electric, five-seat compact hatchback, the LEAF is responsible for bringing electric vehicles to the masses. Entering 2017, nearly a quarter-million LEAFs were sold worldwide, which makes it the top-selling EV ever. Car shoppers are no doubt enamored by the EPA fuel-economy that’s equivalent to 101-124 mpg.

Sales are still good. More than 7,200 LEAFs were sold in the first six months of 2017. However, the competition has grown fierce since the LEAF debuted six years ago. Two of its primary rivals are Chevy products – the rhyming Bolt and Volt.

While the LEAF has a 107-mile range, the more expensively-priced Bolt more than doubles that figure with a 238 range. A gas-electric vehicle, the Chevy Volt offers a 400-mile range and is just a little more expensive than the LEAF.

The 2017 Nissan LEAF is essentially unchanged. One notable change is its 30 kWh battery, introduced a year ago, is now standard in all LEAF models. That means all three trim models (S, SV, SL) have the 107-mile range. Note that to reach the 107-mile range the driver must avoid driving at high speeds.

The battery-powered LEAF won’t pass for a mainstream-looking car. It’s a bit futuristic with a high roof and large windows. The combination provides terrific visibility, a plus for any driver.

We found the Nissan LEAF to be a comfortable fit with four people aboard. Put three in the rear seats and it does get a bit cramped. But overall leg and head room is fine for two adults. The cargo area is rather limited at 24 cubic feet and doesn’t get that much larger (30 cubic feet) with the second seat folded down.

It takes some adjustment time in getting used to the toggle controls that operate like the normal shift lever. The toggle moves up for reverse, down for drive, and goes to the side to put the vehicle in neutral. Park comes with the push of a button.

The touchscreen for navigation is rather small and getting used to the interior as a whole requires some time.

The base model (S) LEAF has a 3.6-kWh charger onboard that requires approximately seven hours on 220 volts or 26 hours with a 110-volt outlet. The 6.6-kWh charger, an option for the S and standard on the SV and SL trims, charges the LEAF in around six hours. It will charge the battery to 80 percent in 30 minutes with a Fast Charge. The LEAF battery pack has an 8-year/100,000-mile warranty.

The Nissan LEAF features a 30-kWh lithium-ion battery pack and generates 107 horsepower and 187 pound-feet of torque. It’s not going to break any speed records with its 0-60 mph time of 10.2 seconds.

Still, the LEAF provides a pleasing ride if your judgment is not primarily based on sheer speed. It’s a relaxing car to drive because it’s so pleasantly quiet. Push the button to start the LEAF and there’s little audible noise as it gently begins to glide down the road.

The LEAF’s ride quality is not refined enough to provide a real fun, sporty driving experience. Yet it offers a well-balanced ride that leaves the driver feeling safe and confident.

Like most EV cars, the Nissan LEAF will be adored by people who drive less than 100 miles a day and are looking for an electric model with some mainstream appeal. Offered at a reasonable price, it’s no wonder the LEAF has been a hit worldwide.

2017 Nissan LEAF Review, Pricing, and Specs by Car and Driver